For any pollution concern, illicit discharge, or illegal dumping please go to Report a Problem; or email stormwater@pflugervilletx.gov. Environmental & Stormwater staff can also be contacted at the following numbers: 512-990-6348 & 512-990-6300.

The following sources of pollutants can severely harm our creeks and lakes:

The below examples are pollution issues that must immediately be reported. 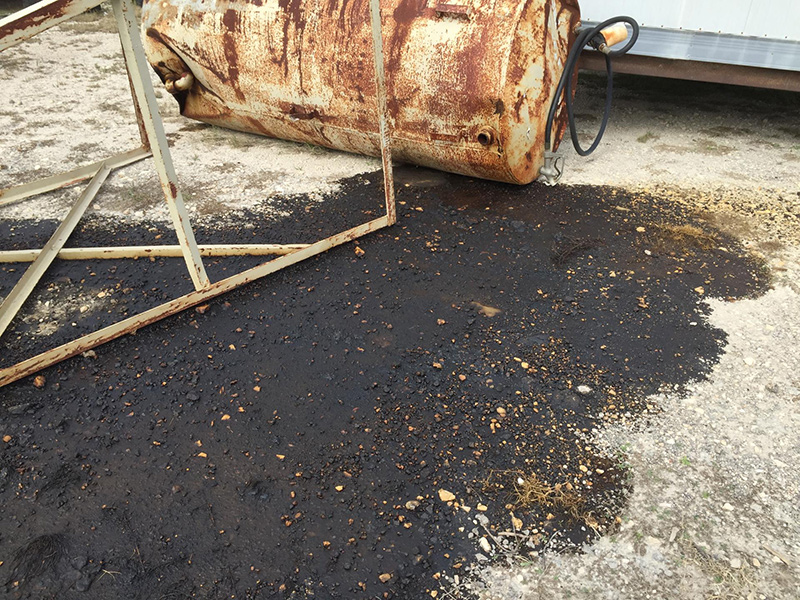 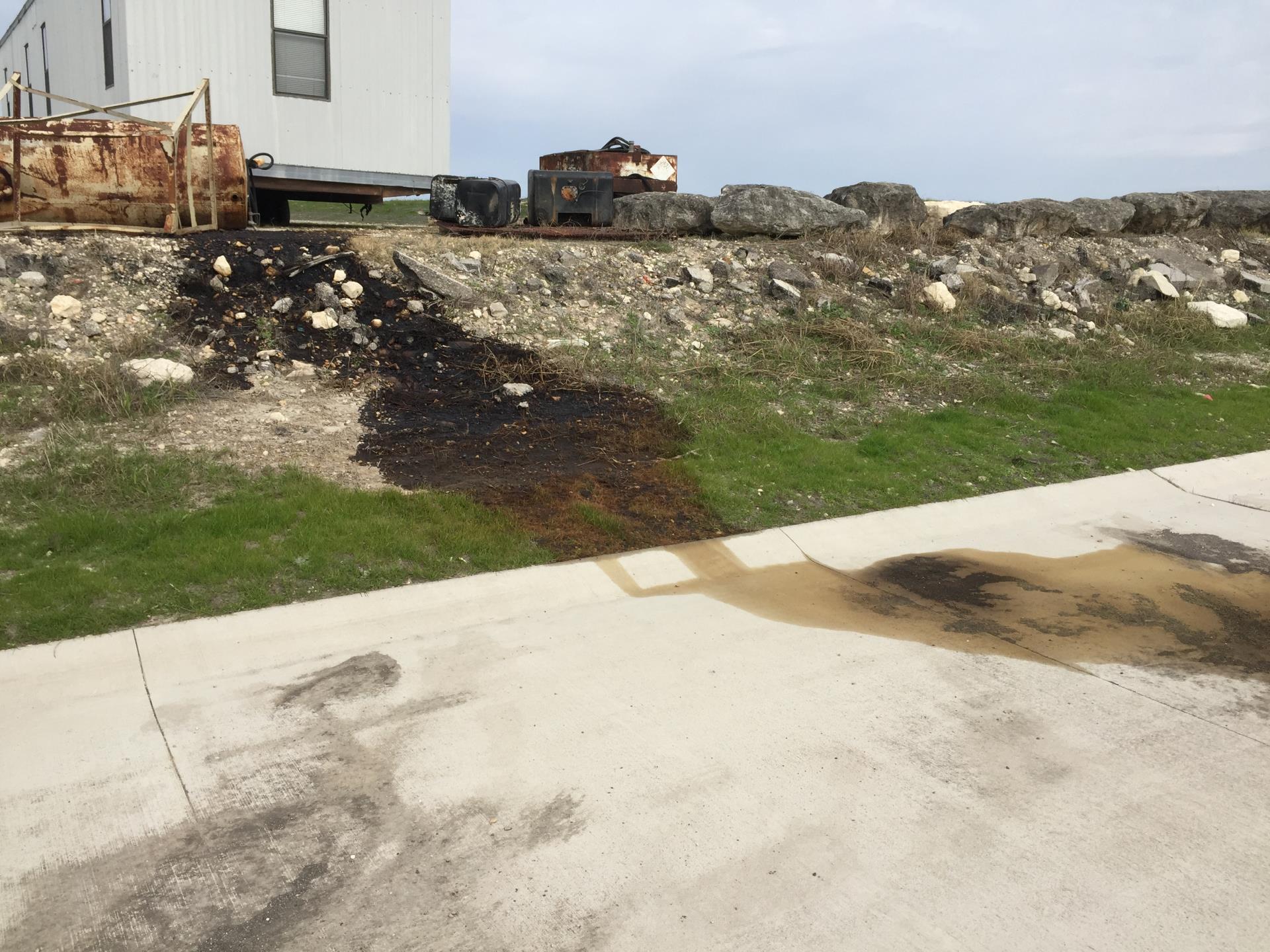 Diesel Tank Spill. Notice that the fuel made it onto the paved drive. During a rain event, stormwater would carry the fuel to a nearby storm drain and then flow directly into Wilbarger Creek, potentially harming aquatic species. Hydrocarbons are very toxic to humans and wildlife, even at very low levels (1 quart of motor oil can make 1000 gallons of water unusable). They are considered to be carcinogenic and teratogenic. Report a Problem 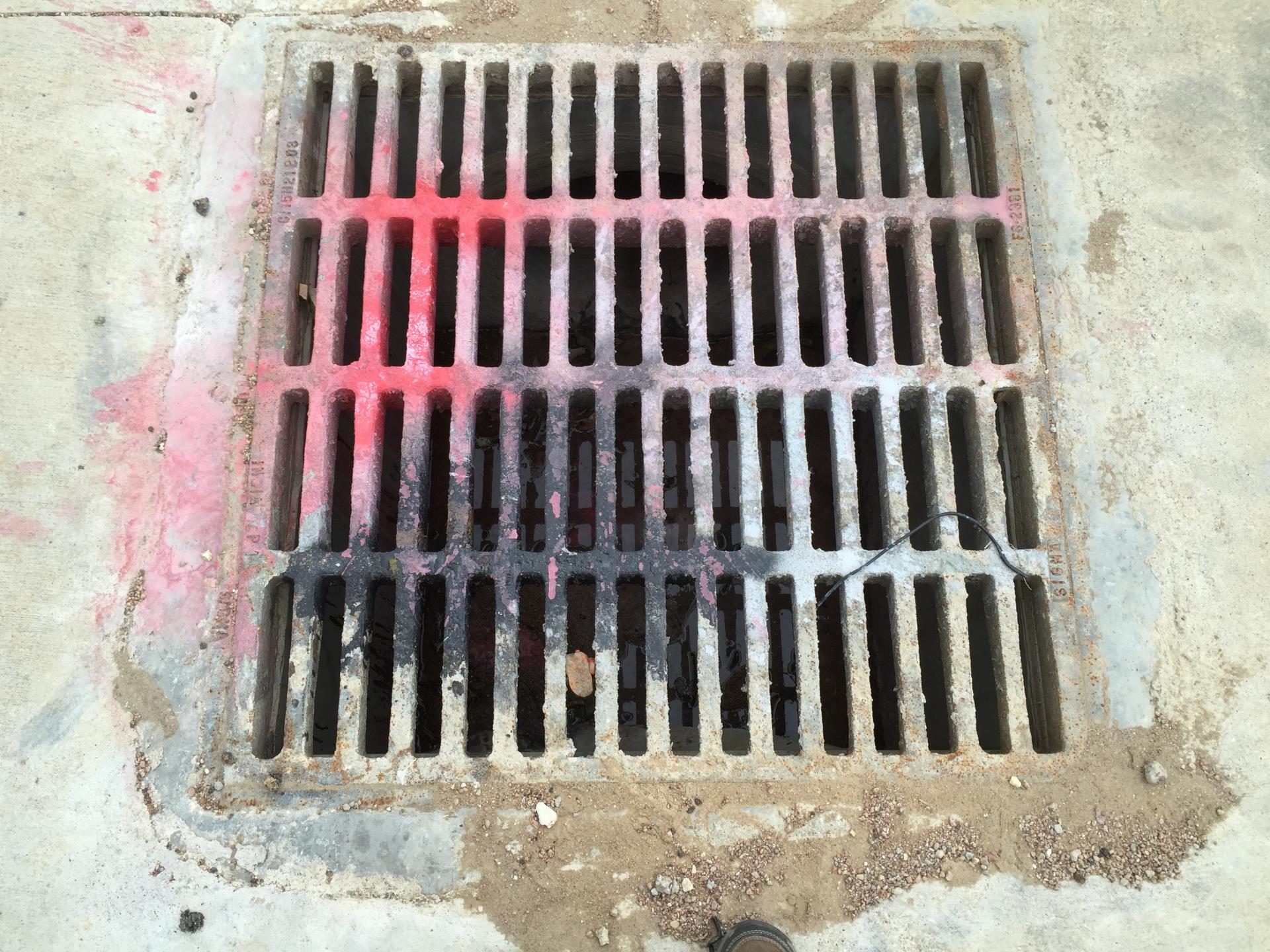 Illicit Paint Discharge: Notice that somebody cleaned their paint equipment over the storm drain. This storm drain flows directly to Gilleland Creek. Report a Problem 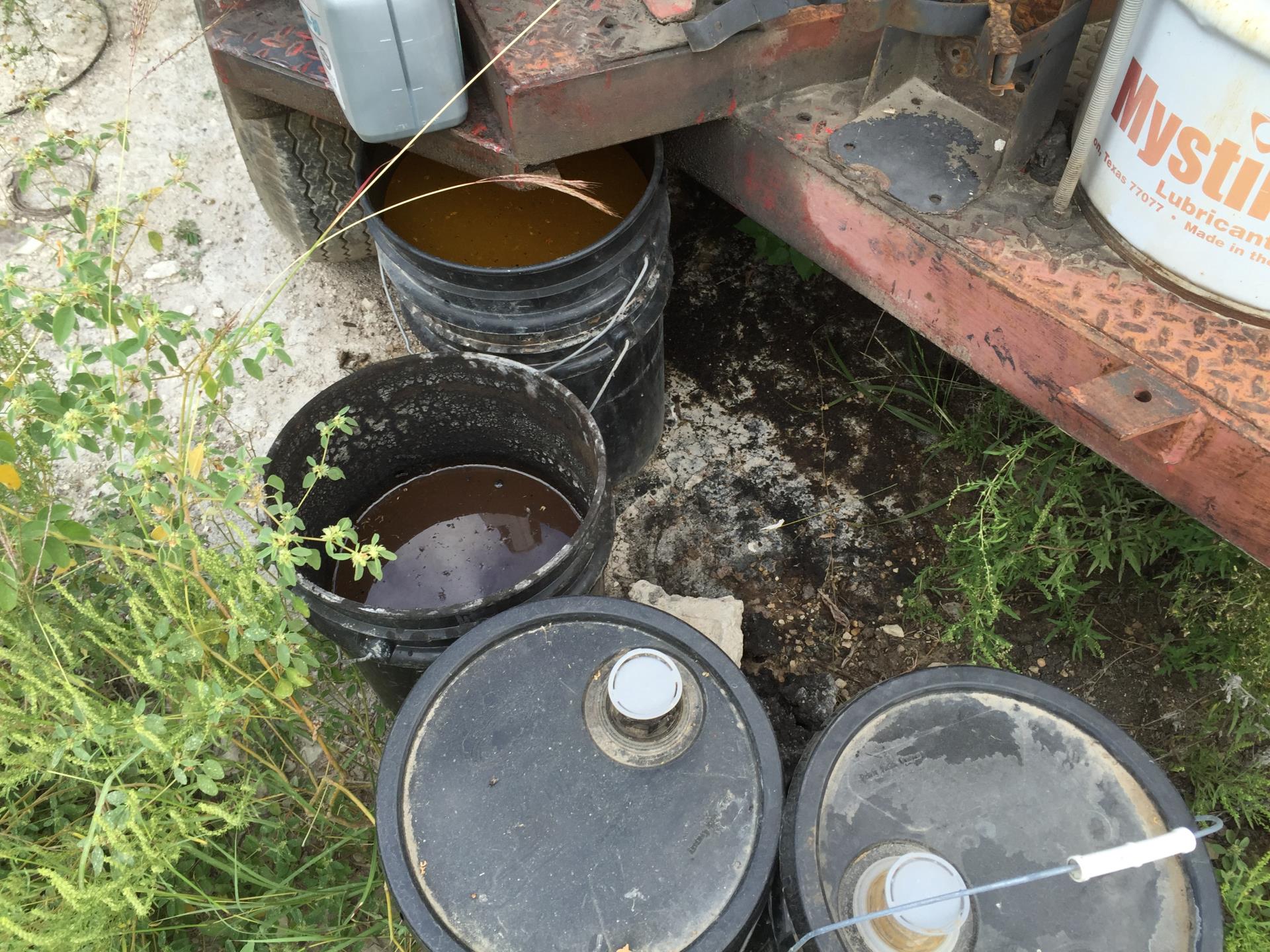 Improper Storage of Petrochemicals: Notice that the containers are opened and exposed to rain water. They also lack secondary containment, which is a regulation for storing any hazardous materials on a construction site. There is a storm drain nearby that flows directly into Wilbarger Creek. Report a Problem 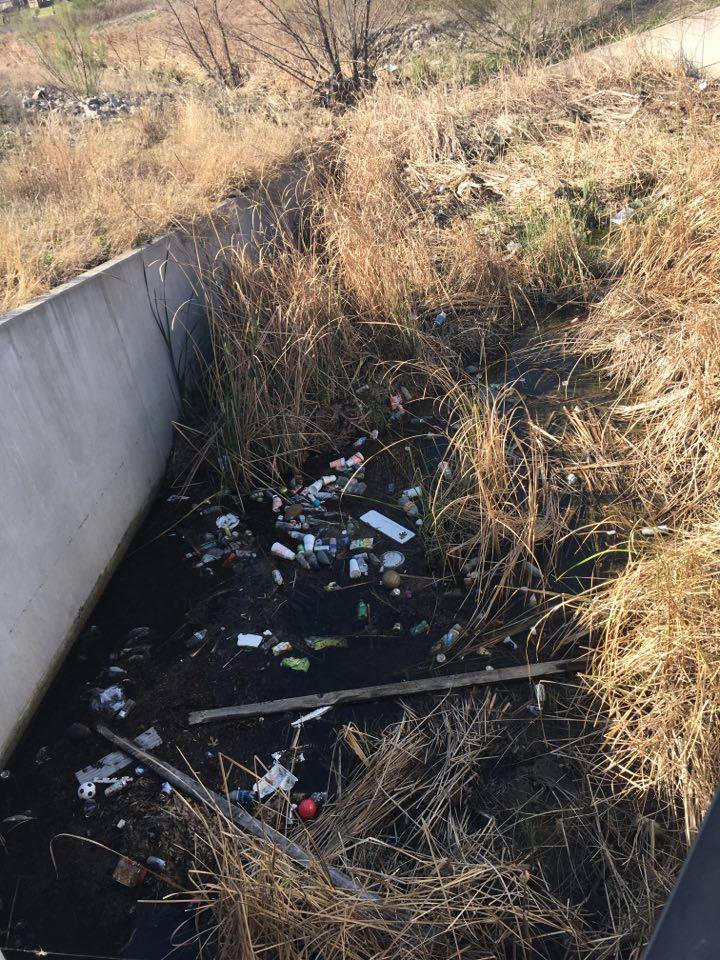 Trash Accumulation at a Local Drainage Outfall: Notice the accumulation of trash build up. This is a very common issue at drainage discharge locations (outfalls) throughout the City. During a precipitation event, stormwater will carry float-able trash through the storm drains and eventually to a stream or creek. Trash can degrade aquatic habitat, cause visual blight, smother productive sediments, leach harmful pollutants and cause unpleasant odors. Furthermore, birds and fish are known to feed on plastics and styrofoam until they die from obvious digestive complications. Report a Problem 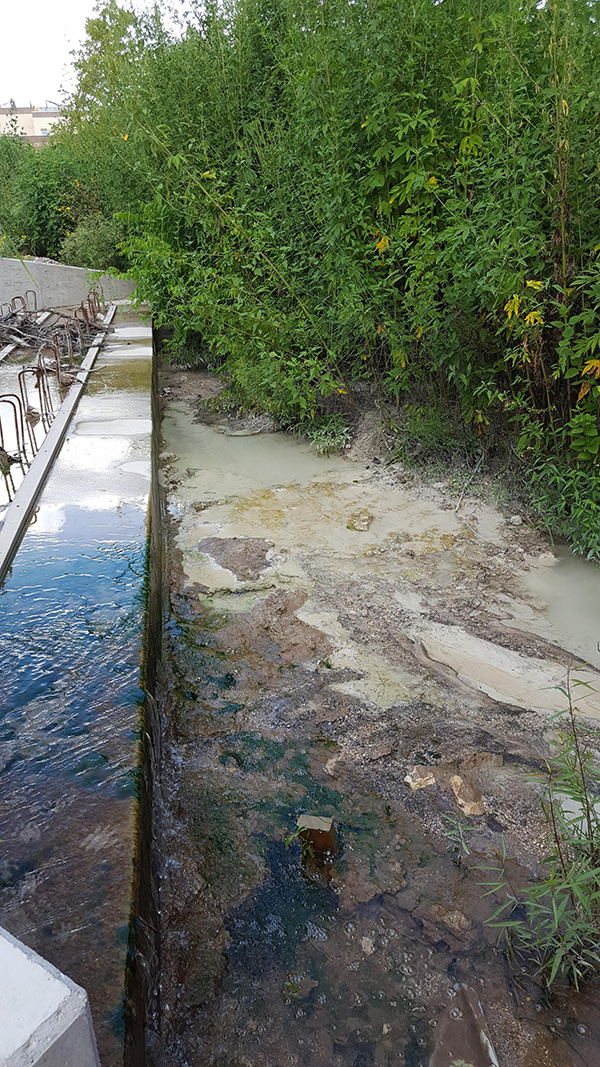 Construction Site Run-off: The picture on the left shows the offsite discharge of sediment laden waters. The picture on the right shows the same turbid waters down stream on an unnamed tributary to Wilbarger Creek. Notice that the water has a milky hue. This is caused by the discharge of very fine silt material commonly found on construction sites. Properly installed & maintained silt-fencing is required to contain this type of sediment. Sediments can smother aquatic habitats including gravel beds where fish lay their eggs and can interfere with fish respiration and survival. Other pollutants, such as, phosphorus and petrochemicals attach to the sediment on a construction site and then are released into a water body. Report a Problem

Most Importantly, never dump or allow dumping into a City storm drain! Report a Problem 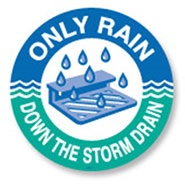 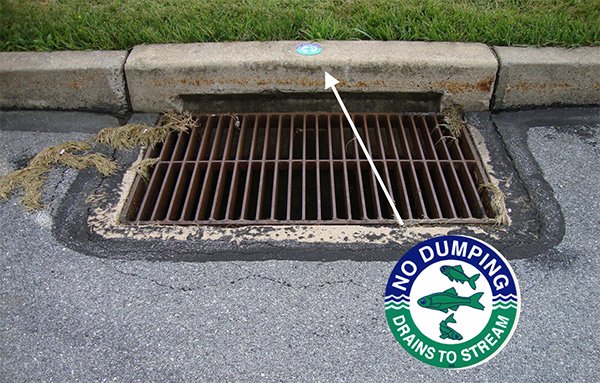 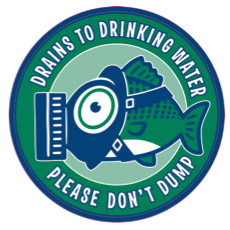